Did the Ancients Know More Than Us?

Our idea of linear progression is all wrong

When we look at the progression of human civilisation we can’t help but think that we’ve always trended up and to the right. Darwinism, the rise in technology, and the graphic of an ape becoming man, have made us think this way.

But what if we were measuring the wrong things when it came to labeling things “advanced” or “intelligent”? What if progress wasn’t best measured by the mark we make on Earth, but rather the lack of mark. What if true innovation involved being in symbiosis with nature, not at arms with it?

Don’t get me wrong. This is not an environmental call to arms.

I’m asking a deeper question about the story of us humans. Was there a time when we were more enlightened? A time when we knew more about existence than we do today?

I believe there was.

You see I think we’ve lost our way. We’ve become caught up in what is novel rather than what is actually valuable to life and longevity. We reward fast thinking not deep thought. And most of us aren’t even self aware, let alone self understanding.

These are all things I believe most ancient cultures have over us. Travel to the jungles of South America, the plains of Mongolia, or the deserts of Australia and you will continue to see this today. The indigenous cultures have a much deeper understanding of nature and their place in existence.

But beyond just being in sync with nature, I believe some cultures knew a hell of a lot more too. I believe they held knowledge about astronomy, architecture and mathematics that we are still yet to fully realise.

There is one culture in particular I’m talking about. A race of people who were known by many names to many peoples – the watchers, Quetzalcoatl, the feathered serpents, the Viracocha.

A lot of evidence points to these people building a great empire around 12,800 years ago. An empire that was flourishing.

Until a comet hit.

The comet that destroyed the golden age

It was Summer 12,837 years ago when a comet stuck in Earth’s orbit broke apart, leaving a trail of debris 2,000 times the diameter of Earth.

For three decades – until a path had been cleared through the gauntlet – Earth smashed into these balls of ice. Many as big as islands. This assault of collisions occurred twice each year. Once on the way up on Earth’s trajectory through space, and once on the way down.

These fragments of iced caused catastrophic damage on the earth. Floods, earthquakes, fires and storms ravaged the earth for around 27 years.

It is predicted that during this period 25% of all plant matter on earth was burned by wildfire. In some areas, like North America, the carnage was particularly bad.

Proof of this time when the world started over is the younger dryas climate record.

Younger dryas refers to a climate period where the temperature of the earth dropped significantly for around 1,600 years from 12,800 to 11,500 years ago.

How does the temperature drop so much?

Well, imagine all the ash from the fires and the debris thrown into the air from the collisions. This created a cloud that prevented a good amount of the sun’s light from reaching the surface of the earth. When this happened temperatures quickly fell as the earth turned cold and black. Once the climate had changed it became extremely difficult for the earth to correct course. As Isack Newtons said, things like to keep doing what they are already doing.

Consider one impact zone in Washington state in the USA. There was once a two mile thick sheet of ice in that region. There was a glacier locked in the rocky mountains that covered most of North America.

When it was broken apart by impacts from the comets, a tsunami of fresh water rushed down the mountains. Geologist, Randall Carson, explains it well in this video.

When this flood entered the ocean it caused sea levels to rise by several meters. In places like Australia, this brought the coastline in by around 150 km. Where the edge of the great barrier reef is today is where the Australian coast once was. How ironic it is that the splendid beauty of the great barrier reef comes at the cost of such devastation to the creatures of the land.

Sacred knowledge on the move

Three thousand years ago, Plato describes Atlantis and the fall of Atlantis in his texts Timaeus and Critias. He explains that his uncle had visited Egypt in his time and was told by a Egyptian priest that 9,000 years earlier there was a great civilization that fell after the floods.

Although “Atlantis” has become a career killing word in historian circles, the date of the fall of Atlantis is perfectly placed at the time of the younger dryas impacts.

In Turkey, Göbekli Tepe existed around 12,000 years ago too. The site has already pushed back the estimated birth of agriculture and it hasn’t even been properly excavated and studied.

Göbekli Tepe features over 20 large classroom structures with enormous stones that stand in the centre. These obelisks are carved in detailed etchings of animals, star constellations and enigmatic symbols. Each obelisk is unique to all of the others. The totem poles look almost like blackboards, containing all the class material taught within the classrooms.

Did the Egyptians head to Göbekli Tepe to wait for the floods to recede from Egypt? Even the bible says Noah’s arc eventually settled on Mt Ararat, a hill in Turkey close to Göbekli Tepe.

12,800 years ago is also around the time when anthropologists predict the Flores people – pygmies living in Indonesia – went extinct.

Around this same time, people in Peru call ‘Zep Tepi’ – the day the earth started again.

Zep Tepi and the Viracocha

At the birth of this new earth – Zep Tepi – many peruvian myths tell of a strange race of men who appeared on their shores. As the myths go these people settled with the natives of Peru, introducing things like agriculture, astronomy and stonemasonry. They also gave makeup to the women and introduced ideas of government.

In one Inca myth, the god Viracocha is said to have risen from a cave in Lake Titicaca in the wake of the destruction of earth. He had a staff and a book and a long beard. He visited the native people bringing “light” as he introduced them to technological knowledge of building and farming and governance.

At this same time I believe the blueprints of the great pyramid of Giza were also laid out. Why? Because of the alignment of many structures in Egypt to stars above at that specific time.

For instance, when you twist back the stars to that time 12,800 years ago, you don’t just see the pyramids aligning to Orion and The Sphinx aligning to Leo, you also see that the place where the Nile once flowed forms the path of the milky way.

I know mainstream history teaches us that Egypt sprung out of nowhere in 3,000 BC. Cool story, bro, but I’m sorry, that’s impossible. That’s like saying a business is an overnight success. It’s fiction. You don’t just get a deep understanding of architecture, astronomy, stonemasonry, mathematics and politics overnight.

I suggest, like many others such as Graham Hancock, that the roots of this knowledge stem back to a people who survived the rebirth of the Earth. I suggest they looked to Egypt to build their new site, which they developed the plans for while taking shelter in Göbekli Tepe and Peru.

Yeah, so these people were around. What makes them smarter than us?

We lost this knowledge and didn’t rediscover it again until 276 BC when Greek polymath Eratosthenes of Cyrene created a sundial to measure the circumference of the earth.

The pyramid builders knew about the golden number too. The three pyramids of giza are arranged in the spiral of a perfect golden ratio. This knowledge too was lost until it was rediscovered in 5th-century BC by mathematician Hippasus.

We also lost this knowledge and didn’t rediscover it until 1676 when Danish astronomer Olaus Roemer used the eclipses of the moons of Jupiter to measure the speed of light.

Not bad for a bunch of savages.

A novel by michael mckay

Younger Dryas is a ficitional novel set at the onset of the younger dryas glacial freeze – 12,800 years ago. The book is based on research from Graham Hancock.

A comet stuck in earth’s orbit has just broken apart. In less than a season the earth will collide with a gauntlet of debris. Carnage is guaranteed.

Luckily, the Viracochan star watchers — specialists from an advanced people settled in Gunung Padang, Indonesia — have been expecting the skies to turn for some time.

In anticipation of the disaster, they send 3 arcs to 3 destinations: Egypt, Angkor Wat and Nazca. The mission of each crew is to settle with the natives and to build a pyramid — a school of knowledge — to protect their sacred learnings.

The story is told from the perspective of The Storyteller — a Viracochan specialist — sent to Nazca with the task of winning the native’s hearts and minds, so they will agree to help build a new Viracochan civilisation when the stonemasons arrive.

Accompanied by 50 specialists, 100 combat men, and a head full of stories about a machine that takes people to the stars, he thinks it will be easy… but that’s all about to change when he meets the boy from the cloud forest. 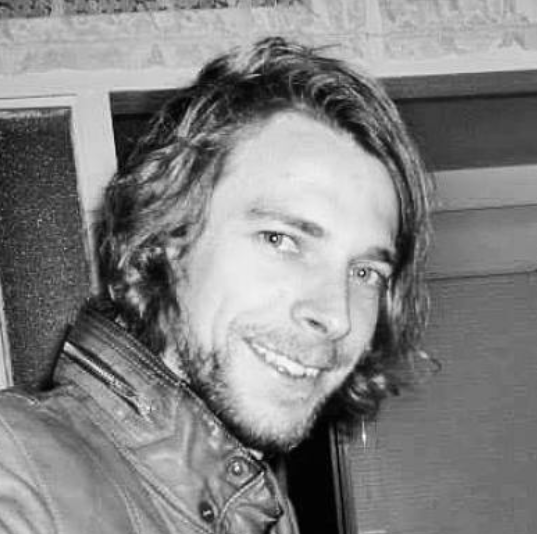 to receive an email the moment the book is available

Subscribe to be the first to know when Younger Dryas is available. No spam.